‘FIRE IN THE WILD’ by WILD 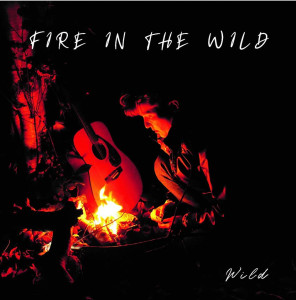 Wild is the genderqueer country-folk singer coming out of the Woods.
Their debut album has the sound of a classic. Is it country? Is it folk? Is it acoustic? It is all of that, it is personal, and it resonates with the love of the land. It is innocent, it is confident, there is wisdom in Wild’s voice. Ah, their voice softly insinuates itself in your life, the vocal harmonies make your heart listen, and the acoustic guitars lift your spirit over the daily routine of life.
‘Fire in the Wild’ is a work of beauty, a walk in the countryside you didn’t know existed, a smile you didn’t know you could offer or receive. You’ll hear familiar echoes, echoes of many inspirations, but this fine production is all Wild. A voice to keep in your ears and treasure.
https://www.facebook.com/wildsings/
PS: DIY CD case with photography by Shaven Raven Designs.
PS2: Heed the poetry of their lyrics. 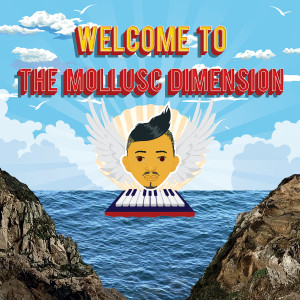 What does a “queer, trans, British East-Asian artist” sound like? I am not sure, but I’ve heard the one going by the name of The Mollusc Dimension and here are my thoughts about his debut album.
Having played the piano since childhood, he chooses to play a Korg synth from which he sources a diversity of traditional sounds including drum samples. Guitar solos and backing vocals courtesy of fellow musician Wild, harp from Emily Lai.
‘Welcome to the Mollusc Dimension’ is an invitation and a guided tour to abstract and surrealist landscapes with an expressionist commentary. You’ll stumble upon echoes of Erik Satie and Kurt Weil, playing with goth influences and smooth prog, dancing with self-deprecating humour.
In the depth of his sound, you’ll find many of the references and influences he absorbed through his life, and, of course, the melodrama of life as seen through his sea-tinted lenses.
https://www.themolluscdimension.com


‘OH REALLY, WHAT’S THAT THEN?’ by JEMMA FREEMAN AND THE COSMIC SOMETHING 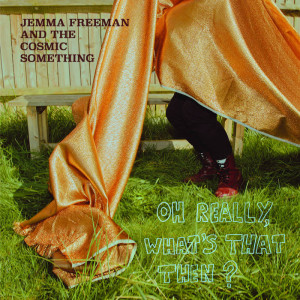 Recently sighed to Trapped Animal, this is Jemma’s first full-length album. It starts with the fast guitar riffs of previously released single ‘Helen is a Reptile’, a denounciation of depression, and is followed by new songs and previously released titles ‘Black Rain’, ‘Heaven on a Plate’ and my favourite, ‘Kopenhagen’.
Jemma’s songs are unapologetically glam rock and prog rock, guitar-driven and well balanced with Hami’s drums and Mark’s bass.
The songs are stories of humour and angst. Jemma’s voice is both something gentle and something hard.
Some people mentioned David Bowie, others mentioned Iggy Pop. I’d say maybe a distorted hint of Lewis Carroll.
There is something definitely cosmic about Jemna Freeman and the hallucinations they share with us.
https://jemmafreemanandthecosmicsomething.bandcamp.com/


‘MY WAR IS YOUR WAR’ by DEUX FURIEUSES 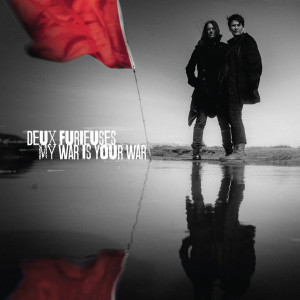 Recently signed to Xtra Mile recordings, deux furieuses keep on playing the music track of our times with their second offering where rage and compassion fuel the fast-paced rhythms and the raging guitar riffs.
‘My War is Your War’ is deux furieuses’ second manifesto. As usual with Ros and Vas, it is not just about their powerful music (mighty fierce), it is also about their sharp lyrics (carefully crafted). They are angry and they are true. Their message? ‘This is our war, hear us roar.’
Blood, sweat and tears, and three videos to accompany this new album. Marching the streets and waving red flags. They are a movement we need to join.
Rock, punk, political, brutal, uncompromising, unapologetic, as dark as our reality. Once again, deux furieuses take no prisoners.
www.deuxfurieuses.com

Recent Posts from This Journal